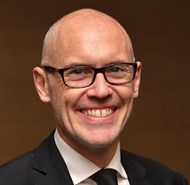 This ‘Doing Business with Bahrain Guide’ looks at perhaps the most liberal of the Gulf nations and a market with plenty of opportunities for British businesses. Literally meaning ‘two seas’, Bahrain is an archipelago of 33 islands in the Persian Gulf in the Middle East, off the coast of Saudi Arabia and Qatar. It therefore has a significant strategic location in the region, with much of the world’s petroleum travelling through it in order to reach open ocean. A small but prosperous economy, it is ranked at 43rd in the World Bank’s ‘Doing Business’ rankings and is a member of the League of Arab States (Arab League) and the Gulf Cooperation Council (GCC).

Bahrain was the first of the Gulf states to discover oil, but it hasn’t reached the levels of production of neighbouring Saudi Arabia, which has led to it having a more diverse economy. The oil and gas industry is nonetheless the strongest in Bahrain, followed by financial services, manufacturing, construction, transport and communications. It has free trade agreements with the USA, Singapore and the European Free Trade Association (EFTA), so could be a potential candidate for a trade agreement with the UK in the years to come.

There are several benefits for UK businesses looking to Bahrain, including competitive operational costs, a well-regulated financial services sector, an educated and skilled local workforce, and a high quality of life for expats. As such, Bahrain has become an important base for several UK businesses in the region including HSBC, Standard Chartered, Atkins and many more. English is widely spoken in the country and British goods and services have a strong reputation for quality and design.

Companies looking to export goods for sale or consumption may need to apply for a general licence from the Customs Affair Directorate of the Ministry of Interior, and a certificate of origin is needed for all exports to clear customs. Its import regulations are largely set within the framework of the GCC’s Common Customs Law, though each state administers its own list of prohibited, restricted and exempted products. Customs duties are usually around 5% for imported goods, but note that higher duties apply for alcohol and tobacco, while numerous food and medical items are entirely exempt from customs duty.

As with any market, there are some challenges to be aware of. Payment delays should be considered, and you’d do well to have a clear set of international terms and conditions to account for this – something we can help with. When working within government agencies, you may need to navigate your way through a fair amount of bureaucracy, while Arabic is more commonly used in any government documentation.

If you set up an office in Bahrain, you’ll need to employ a certain quota of Bahrainis to comply with ‘Bahrainisation’ rules. You should also be aware that, as an Arabic nation, the weekend there lasts through Friday and Saturday, not Sunday.

As with any market, we at the Institute are more than happy to offer advice and support if you are looking at Bahrain as a potential export market – just get in touch!