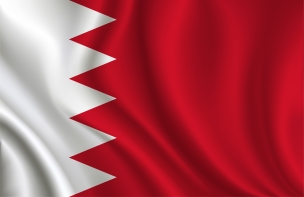 The Kingdom of Bahrain is an Arab island nation strategically located in the Persian Gulf. Its official religion is Islam, and although Arabic is the official language, English is widely spoken too. Bahrain’s population is around 1.5 million, over half of whom are expatriates.

In addition to providing the benefit of a stable rule of law and a developed market, Bahrain provides strong commercial opportunities for British businesses across many sectors and is also a good starting point for entering other GCC markets, as well as the wider MENA region.

Given its strategic position as a major trading hub in the region, Bahrain is an important partner and base for UK companies in the Gulf, and there are over 500 active UK commercial agencies and over 90 branches of British companies in Bahrain. In addition, over 350 Bahraini companies have UK partners. The bilateral relationship between the Kingdom of Bahrain and the UK is strong and long standing, with the bicentenary marked in 2016.

Bahrain has the most diversified economy in the Gulf Cooperation Council (GCC) and is slowly moving away from dependence on oil and gas, with steady growth over the past decade. Bahrain has strong economic ties to the wider GCC, especially Saudi Arabia, which is also a key source of tourism. In 2018, Bahrain recorded a real GDP growth of 1.8%. 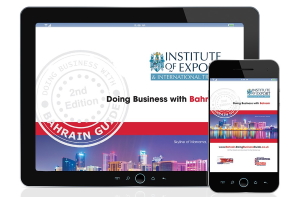 This guide aims to provide a route map of the way ahead, together with signposts to other sources of help.

The main objective of this Doing Business with Bahrain Guide is to provide you with basic knowledge about Bahrain; an overview of its economy, business culture, potential opportunities and to identify the main issues associated with initial research, market entry, risk management and cultural and language issues.

We do not pretend to provide all the answers in the guide, but novice exporters in particular will find it a useful starting point. Further assistance is available from the Department for International Trade (DIT) team in Bahrain. Full contact details are available in this guide.

The guide is available in 4 formats: 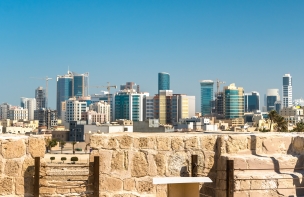 An introduction to the Institute of Export & International Trade

Established in 1935, the Institute of Export & International Trade is the professional membership body representing and supporting the interests of everyone involved in importing, exporting and international trade. Offering a unique range of individual and business membership benefits and a world renowned suite of qualifications and training, the Institute is the leading authority in best practice and competence for businesses trading globally.

To view other videos, please visit the IOE&IT YouTube Channel.

Doing Business with Bahrain Guide Market Experts - Please click on the logos below to view our Market Expert profiles and to find out how they can help you to succeed in Bahrain!